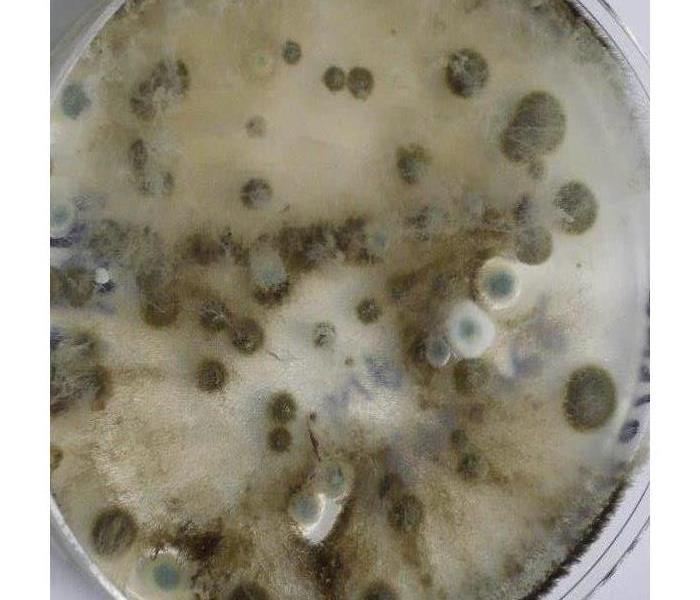 Mold damage is incredibly difficult to treat and remove once it has taken root in a home. Resistant to heat, cold, chemicals, light, darkness, and physical abrasion, mold is near impossible to deal with without specially-designed tools and equipment like those used by SERVPRO of Manteca. So, why is mold so difficult to work with? The answer starts in its biology: mold is adapted specifically to be as hardy as possible, not relinquishing its grasp on a surface until the bitter end.

All colonies, even those causing the most extensive mold damage start from tiny, microscopic spores. Whether it is one spore or a handful, it does not often take much for a full-force infestation to spring up. These spores mature quickly, and once they have reached maturity, they produce thousands more of their kind. These children, equally tiny and hardy as their parent organism, then mostly spread around the immediate area, taking root and growing hundreds to thousands of children of their own. In this way, mold reproduces at an extraordinary exponential rate, quickly consuming the entire surface surrounding the origin of growth.

However, if this was the only way mold could spread, the fungus would not be nearly as ubiquitous as it is in modern America. The organisms also respond to physical stimuli: should an animal or object brush against the mold, millions of spores are liable to brush off and get carried to an entirely new location. SERVPRO technicians take great care to ensure this happens as little as possible, with regular self-sanitization processes and changes of clothing. Mold can also spread due to HVAC systems, as air is circulated at a rate fast enough to pick up spores and swirl them about the home, infecting multiple rooms at a time. Keeping mold under control is almost impossible for the unprepared, but luckily, we equip our technicians with a thorough retinue of instruments and equipment for keeping mold contained.