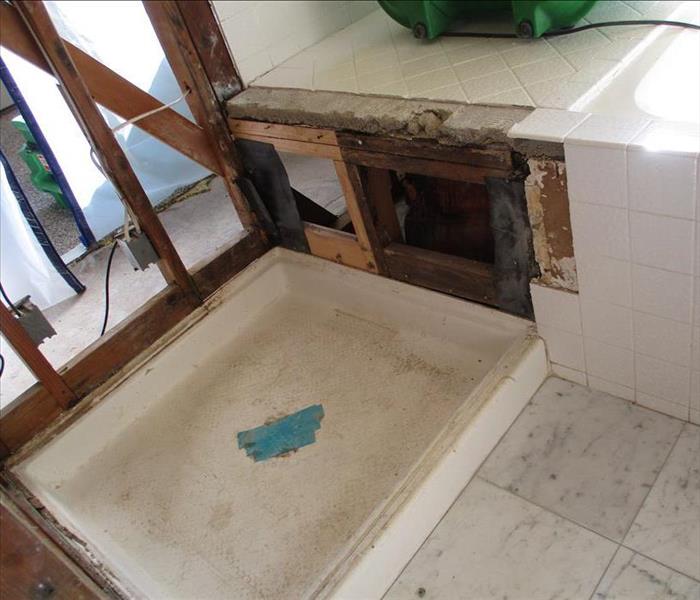 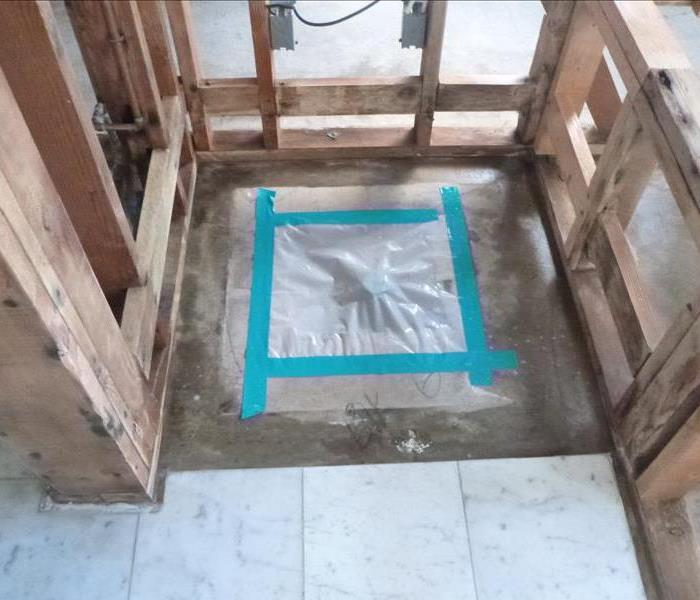 This was a long-term shower leak, as it was not an obvious leak or visible to residents. This shower leak had affected the shower stall, an adjacent room, and caused micro biological growth affecting the wall cavity substructure.

The photo with the shower pan shows growth on the substructure of the bathtub and the drain is covered to prevent debris from migrating to the drain line, thereby preventing plumbing issues at a later point.

The Second Photo is of the same shower pan location, with the affected materials removed, the growth remediated, and the drain line covered to prevent debris migration.

View More Before & After Photos